how To Stop a Dog From Whining

Is Your Dog Whining Often? We Know Why & How To Stop It 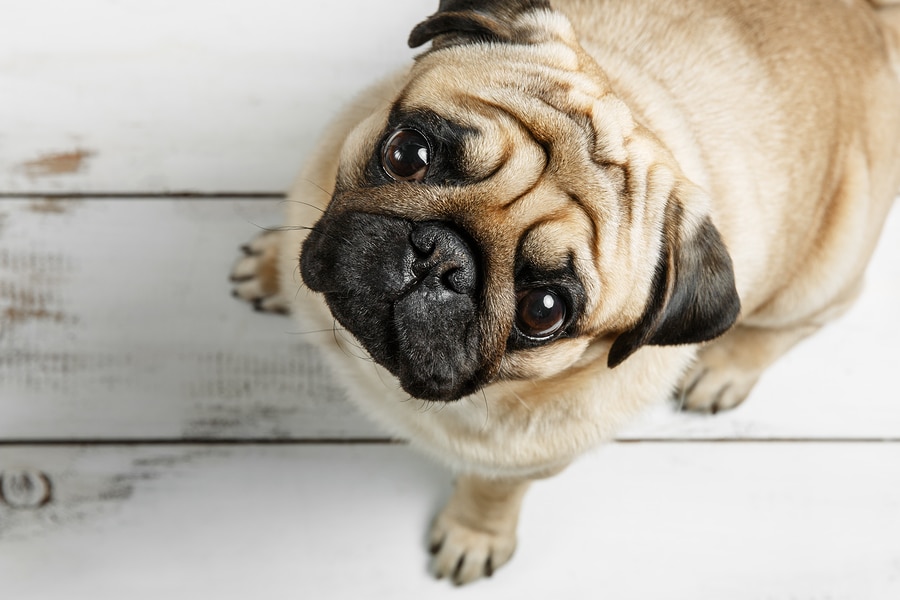 Has your dog not grown out of their whining puppy phase? The dog whine and puppy dog eyes to get a bite of your food is cute the first couple times, but can become tiresome very quickly. So, how can this whining habit be broken?

Dogs have a lot of ways to communicate with their human friends. Barking, growling, or even whining are just a few of the many messages that dogs give us on a daily basis.

Of the many verbal cues of dogs, whining is one of the more dynamic parts of their language.

While it is hard to understand what a dog is whining about most of the time, how you respond to their behavior will affect how they continue to talk with you, and can lead to more whining if handled poorly.

Therefore, it is helpful as an owner to learn the most common causes of whining in order to temporarily inhibit this behavior and break a bad habit if it exists.

Why Do Dogs Whine 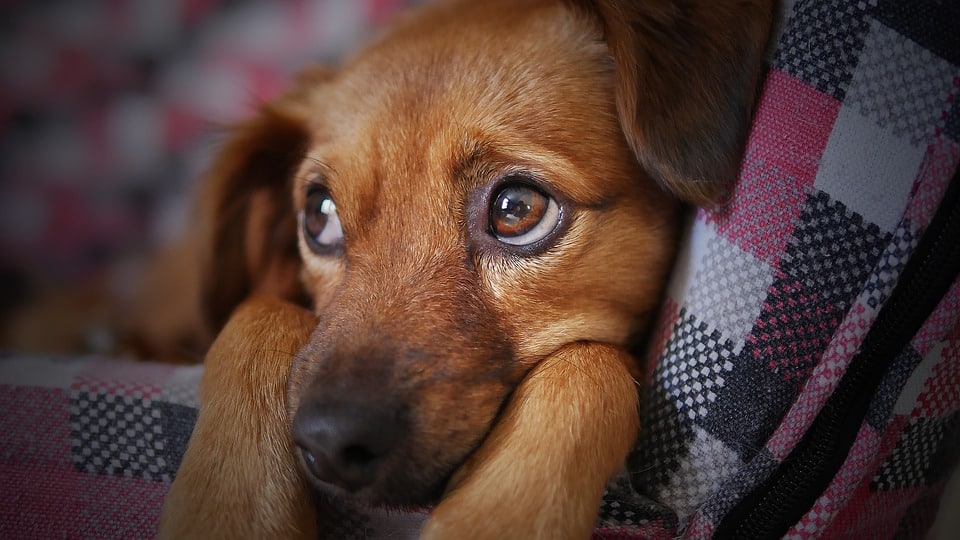 The first step to reeling back on excessive whining is to find out why your dog resorts to whining in the first place.

As mentioned before, whining is one of many ways that dogs learn to communicate their feelings and needs to their human parents.

However, the difference between whining for food and feeling ill can vary widely, as well as the body language that accompanies their whine.

When your dog starts to whine again, look for these common indicators to pinpoint the reason that they are whining.

A Dog Whines To Greet You 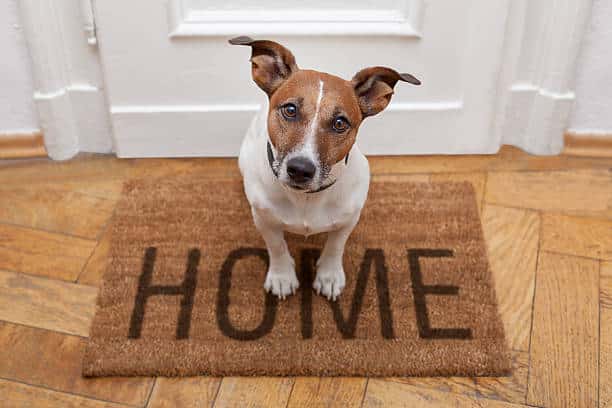 For instance, some dogs whine as a greeting for when their owner returns home. This greeting behavior is often seen in dogs with a submissive personality.

Since they see their owner as an alpha dog, they greet you as such. Flattened ears, avoiding eye contact, and a tucked in tail with fast wagging are common indicators of appeasement whining from a submissive dog.

With the same principle, some dogs whine to show their excitement when you arrive while also jumping up and down.

A Whining Dog Is Trying To Communicate

In another sense, whining can be a good way for your dog to tell you their needs, such as their favorite toy, needing to go outside, or even that they need a hug.

Often times, their whining is accompanied by shifting eye contact between you and the object of their desire.

We’ve all seen this one before; do puppy dog eyes sound familiar? While this tactic can be helpful for a peaceful lifestyle, it can lead to demanding dogs that whine just to get the attention of their favorite person.

Attention seeking whining can also mean they want a pat, or they simply are looking for some TLC from you.

Indicators of this habit can be whining until being rewarded with eye contact or verbal interaction.

One of the more common causes of whining is during stressful situations that make your dog anxious or afraid, or is suffering from separation anxiety.

Other signs of anxious dogs are lip licking, yawning, flat ears, or a tucked tail. This type of whining will only occur in specific circumstances, so it can be easier to identify the cause.

If the whining seems to happen in no specific situation as listed above or starts out of the blue, it may be time to visit a veterinarian. Remember, whining is not just a means of communication for a treat, but can also be a cry for help.

Joint pain or tummy troubles can mean a medical problem if dog whining starts suddenly, so you might need to head to a veterinarian.

In addition, older dogs are prone to all kinds of joint pain from arthritis or dysplasia.

Hip dysplasia is a common condition in dogs that occurs when the hip joint does not form properly. This can cause pain and lameness, and can eventually lead to arthritis.

While hip dysplasia can occur in any dog, it is most commonly seen in large breeds. There are several factors that can contribute to the development of hip dysplasia, including genetics, nutrition, and weight.

If you notice that your dog whines when he or she is getting from up a lying down position, it could be joint pain. 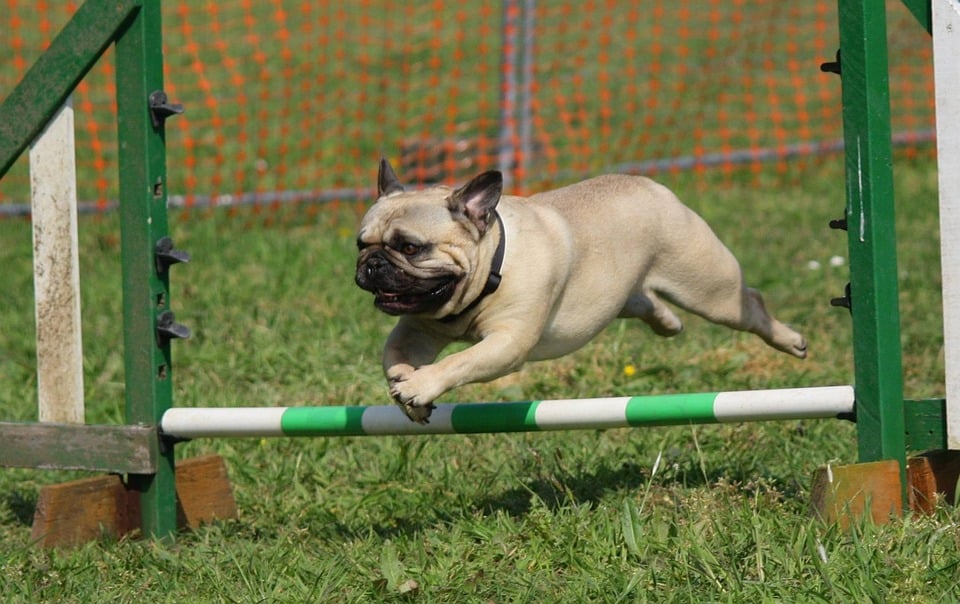 First, you’ll need to figure out the source of why your dog whines so that you can manage excessive whining.

Extremely submissive or anxious dogs are prone to appeasement whining, which is their way of telling you or other dogs that they are submissive and pose no threat. This is especially true when accompanied by a submissive posture like a tail tucked between their legs.

If your dog has a more submissive personality or is prone to anxiety or stress, a good solution is to build confidence in your dog. One common way to do this is through routine obedience training.

The reward-based activities will make them feel worthy of praise and less scared. Even if they are already trained and obedient, many dogs can benefit from learning new tricks or even dog-based sport training like agility.

Playing consistently and constantly rewarding your dog during dog training will help your dog learn confidence and strengthen the bond between the both of you.

In addition to these methods, avoid physical or verbal punishment that reinforce you as the alpha dog, which may increase the whining behavior or result in aggressive behavior.

In addition to having your dog going for obedience training, socialization is also an important part of building confidence.

Socializing your dog is one of the most important things you can do for them. It helps them to feel comfortable around people and other animals, and it also will teach them to stay calm and behave in different situations.

Dogs who are not properly socialized can be anxious and stressed, and they may act out in aggressive or destructive ways.

Additionally, socialization can make your dog a happier and more well-rounded companion.

Find The Source Of Your Dog’s Anxiety

In terms of anxiety, you might not be able to stop a dog whining until the source of anxiety is identified and removed or tolerated.

If the stress-inducer is temporary, such as fireworks, calming agents may be a good solution. However, if the thing that stresses out your dog is permanent, other steps may need to be taken to make them calm.

In addition, puppies and most dogs are prone to excessive whining when improperly crate trained, so if you notice your pup is whining when crated, it might be time to focus on training. 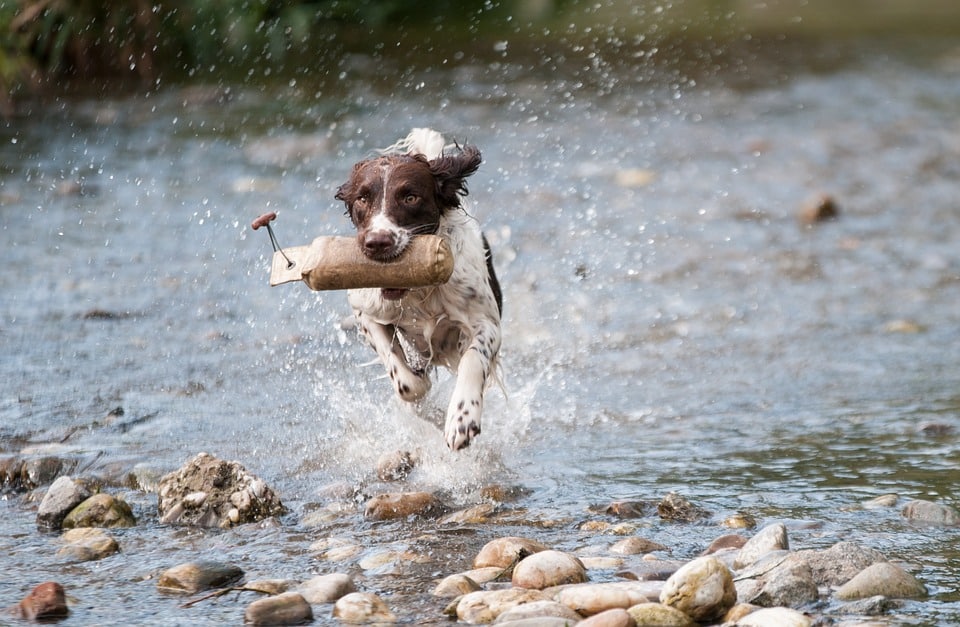 A whining dog might indicate an under-exercised dog or one that lacks mental stimulation.

Try upping your daily exercise and see if your dog still continues this unwanted behavior. Chances are, dogs whine when they are bored, under-stimulated, or anxious, and tired dogs are less prone to all these conditions.

How To Greet A Dog’s Whining

If your dog usually whines as a greeting, simply demanding that they be “quiet” will not usually work because they have no idea what that word actually means.

Instead, completely ignore them when they are whining when you get home. Only reward them with chew toys or treat when they are quiet, calm, and relaxed.

Never start paying attention when your dog is whining, always wait for when they are quiet, however long it takes!

Try to train them to express their excitement and greet you in a different way, like having the self control to sit calmly as a way of seeking attention.

Do Not Reward A Dog’s Whining

If your dog is whining to get what they want or is seeking attention, it is not always a good idea to give in, since it will only reinforce this behavior.

Of course, ignoring their whines does not apply to things such as potty breaks, but instead treats or attention. The key to eliminating attention seeking whining is to reward another, quieter behavior as opposed to whining.

The ideal behavior to reward them for is sitting or lying down quietly. This can be difficult to commit to since eye contact, talking, or touching is a type of reward for attention-seeking behavior.

Be aware of this as you completely ignore your dog until they are quiet, then give them all the attention they want. After a couple sessions, your dog should learn that being quiet is much more rewarding than whining loudly.

While most dogs whine to get what they want, it could also indicate other problems like anxiety or a medical problem. When in doubt, always go to a vet or other canine professionals.

Excessive whining can be an enduring process to unlearn, but it is not impossible to do with dedication. Just like humans have a hard time breaking habits, the same can apply to dogs that whine for everything.

When teaching a new behavior, remember to stay calm during dog training and that your dog is trying their best as well to find a way to talk to you that works for the both of you!